In the last 5–10 years algorithmic trading, or algo trading, has gained popularity with the individual investor. The rise in popularity has been accompanied by a proliferation of tools and services, to both test and trade with algorithms. I’ve put together a list of 9 tools you should consider using for your algo trading process.

The following are managed-services that you can use through web browsers, and don’t require much setup from the user. As someone who’s recently started in this field, I found it easy for new algo traders to try out.

A Boston-based crowd-sourced hedge fund, Quantopian provides an online IDE to backtest algorithms. Their platform is built with python, and all algorithms are implemented in Python. When testing algorithms, users have the option of a quick backtest, or a larger full backtest, and are provided the visual of portfolio performance.

Live-trading was discontinued in September 2017, but still provide a large range of historical data. They also have a serious community of developers, and now hold an ongoing DAILY contest with 10 winners awarded each day for a total of $5,000 per month in prize money (*updated from previously written as "periodically hold contests"). Quantopian provides capital to the winning algorithm.

QuantConnect, is another platform that provides an IDE to both backtest and live-trade algorithmically. Their platform was built using C#, and users have the options to test algorithms in multiple languages, including both C# and Python.

QuantConnect also embraces a great community from all over the world, and provides access to equities, futures, forex and crypto trading. They offer live-trading integration with various names such as InteractiveBrokers, OANDA, and GDAX.

QuantRocket supports multiple engines — its own Moonshot, as well as third party engines chosen by the user. While QuantRocket doesn’t have a traditional IDE, it is integrated well with Jupyter to produce something similar. One thing to keep in mind is that QuantRocket is not free. Pricing plans start at 19.99/month USD, with annual options.

In today’s software world, you have lots more freedom if you make some effort outside of those managed-services. If you are comfortable this way, I recommend backtesting locally with these tools:

Quantopian’s IDE is built on the back of Zipline, an open source backtesting engine for trading algorithms. Zipline runs locally, and can be configured to run in virtual environments and Docker containers as well. Zipline comes with all of Quantopian’s functions, but not all of its data. To balance that, users can write custom data to backtest on. Zipline also provides raw data from backtests, allowing for versatile uses of visualization.

Zipline discontinued live trading in 2017, but there is an open source project Zipline-live that works with Interactive Brokers. It has many of the same features Zipline does, and provides live trading.

Backtrader is currently one of the most popular backtesting engines available. It was built using python, and has a clean, simple, and efficient interface that runs locally (no Web Interface). One thing to keep in mind, backtrader doesn’t come with any data, but you can hook up your own market data in csv and other formats pretty easily.

IBPy is an unaffiliated third party python wrapper for InteractiveBroker’s Trade Workstation API. Before IB started providing their official API library for python, this was the only way to connect to TWS for algorithms written in python.

IB has released an official python SDK, and this library is heading towards begin obsolete(while still being relevant for python2 users). But there still remain a significant number of live trading engines/tools that still use this library, and it’s good learning material for whoever wants to learn about implementing API’s.

While it’s good to learn about this library since it’s ubiquitous, if you are starting fresh, we recommend IB’s official python SDK.

Alpaca Trade API Python SDK is even much simpler to use!

Back testing will output a significant amount of raw data. Some IDE’s will provide basic visualization and analysis, usually algorithm performance. If you’re looking for deeper evaluation, I recommend these tools:

Pyfolio is another open source tool developed by Quantopian that focuses on evaluating a portfolio. What sets Pyfolio apart, is its ability to introduce degrees of uncertainty to a static set of data points, and evaluate Bayesian metrics from the user’s portfolio. The Pyfolio API offers a number of visualizations, which can be found on their GitHub repository.

Alphalens is also an analysis tool from Quantopian. Unlike Pyfolio, Alphalens works well with the raw data output from Zipline, and rather than evaluate the portfolio, is performance analysis of predictive stock factors. Alphalens has its own range of visualizations found on their GitHub repository.

InteractiveBrokers is an online broker-dealer for active traders in general. They have been in the market since 1978. Algo trading isn’t IB’s focus, but multiple engines offer live trading through integration with their Trader Workstation. We’ve mentioned IB several times in this article — they’re just that good!

Finally, Alpaca! Alpaca was founded in 2015, and is an up and coming commission-free, broker-dealer designed specifically for algo trading. Alpaca also has a trade api, along with multiple open-source tools, which include a database optimized for time-series financial data known as the MarketStore.

Miscellaneous Tools to Take a Look At:

I hope this quick primer on tools available right now was useful. If you liked it, please leave a clap (or two, I don’t mind). If you think there are tools that I missed, leave a comment below! I always appreciate any, and all feedback. 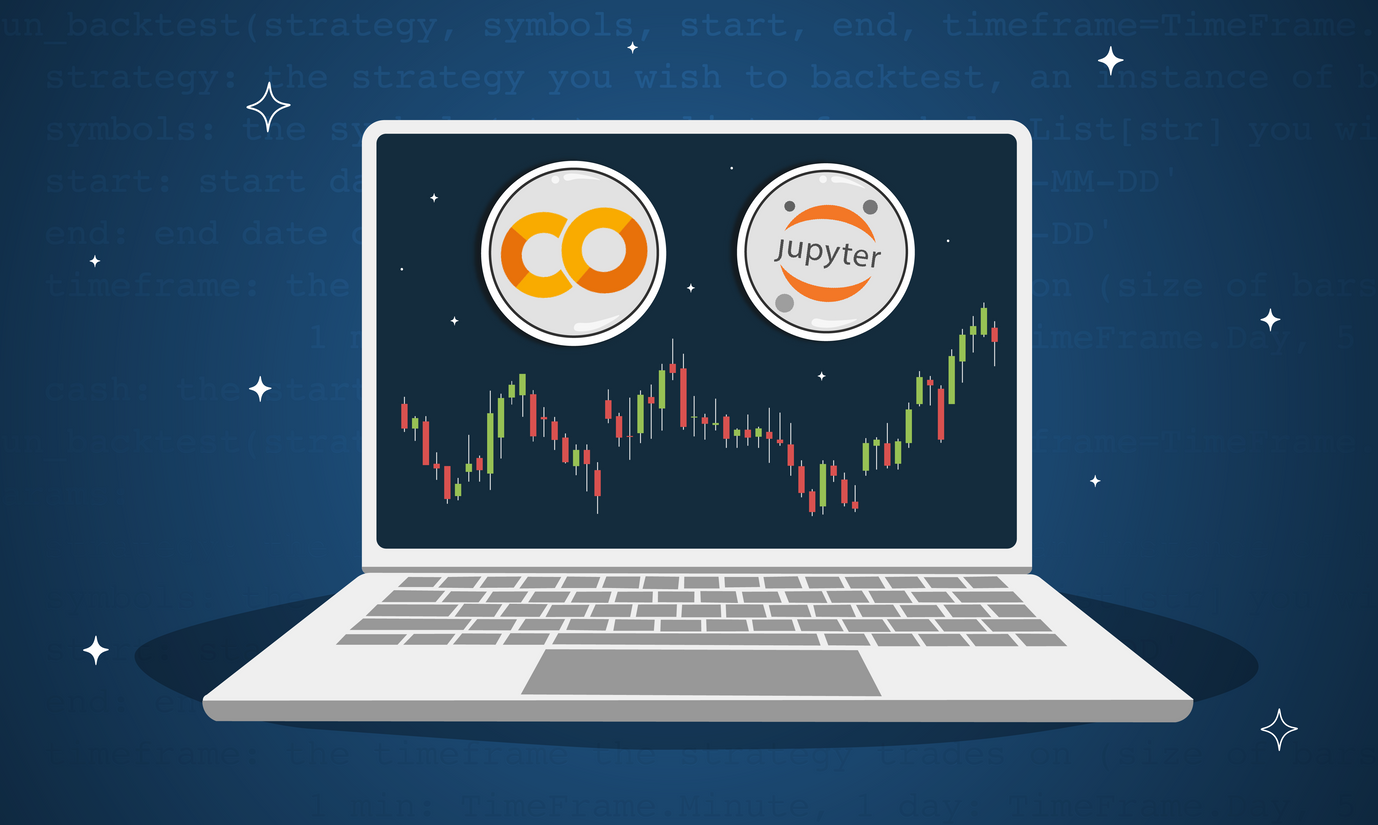 We provide an interactive environment you can use to quickly get started with Alpaca and start exploring what you can build. You can use this environment to research new ideas, backtest them and even place paper trades. 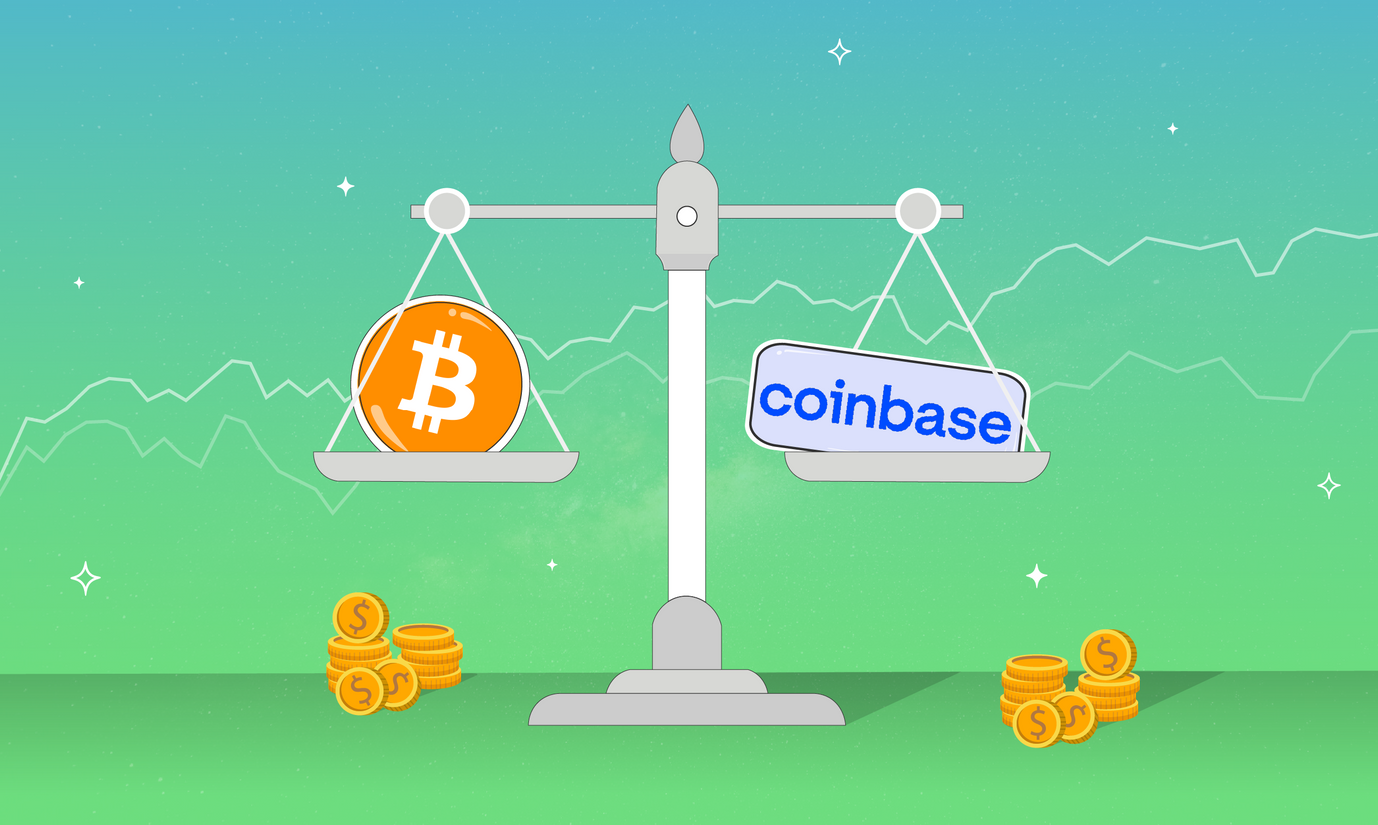 In the following sections, we’ll look at historical data to analyze a type of market neutral trade called a pairs trade. Then we will use our analysis of market data to formulate a trading strategy across crypto and equity markets.

Getting Started with Alpaca Crypto API